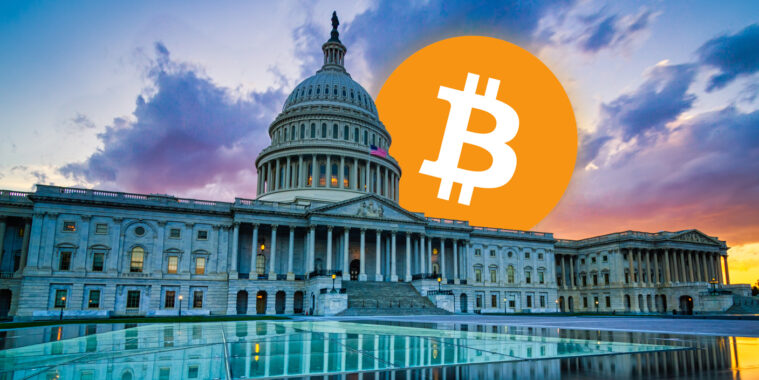 TLDR: On the morning of August 10, the US Senate passed the now infamous Infrastructure Bill (HR 3684) which, in its current state, suggests implementing tighter rules on any business that handles cryptocurrency

A cryptocurrency (or crypto currency) is a digital asset des... More such as reporting gains and expanding reporting requirements for what is loosely defined as cryptocurrency “brokers.” After a single senator objected to the introduction of a compromise amendment that would clarify what a broker is, exempting software developers, miners, and stakers, the Senate was forced to vote on the bill without any such clarification. The bill is now set to move to the House of Representatives where it can be voted on again, and new amendments can be introduced.

Why is crypto in an infrastructure bill?

The $1 trillion infrastructure bill allocates money to build roads, bridges, transportation systems, and support clean energy, among other developments—but where does crypto come in? Well, as per most governmental spending, to pay for the bill Congress can either raise taxes or find the funds elsewhere. One way lawmakers propose to partially pay for the bill is by imposing tax-reporting requirements for cryptocurrency brokers in an effort to prevent tax evasion in the cryptocurrency market. This would be similar to the way stockbrokers report customer sales to the IRS. Congress estimates this will raise about $28 billion to support the infrastructure bill.

Two competing amendments are introduced—crypto community only backs one

As is, the bill would require cryptocurrency “brokers” to report gains to the IRS in addition to CTR requirements for transactions over $10,000. However, the bill loosely defines a broker as “any person who (for consideration) is responsible for regularly providing any service effectuating transfers of digital assets on behalf of another person.” This broad definition could subject anyone from miners to wallet providers or developers to additional tax reporting requirements that would be nearly impossible to comply with.

For example, since miners who use a proof-of-work system serve as verification for crypto transactions on behalf of others, they would fall under the bill’s definition of “broker.” But because miners don’t have customers in the same sense a traditional broker does, it would be impossible to collect the information necessary to comply with the new tax provision.

In an attempt to more clearly define “broker” in the context of the bill, two competing amendments were introduced. Under support from the White House, Senators Portman, Warner and Sinema proposed an amendment that would exempt miners and wallet providers from the definition of “broker.” Going a step further, Senators Wyden, Lummis and Toomey proposed a new amendment exempting nodeA node, in the world of digital currency, is a computer that... More validators and software developers on top of exempting miners and wallet providers.

While the White House only places support behind the Warner amendment, many in the crypto community didn’t feel it went far enough to protect from unnecessary governmental overreach.

A compromise amendment is reached

The six Senators ultimately reached a compromise and submitted an alternative amendment that would exempt unhosted walletIn their Interpretive Letter #1172, the Office of the Comptr... More providers, software developers, transaction validators and node operators as brokers, and proposed that tax reporting requirements would only apply to intermediaries.

In a press conference, Senator Toomey clarified that the group is “not proposing anything sweeping or anything radical – [the compromise] makes clear that a broker means only those persons that conduct transactions where consumers buy, sell and trade digital assets.”

The day before the final vote on the infrastructure bill was to take place a single senator objected to introducing the compromise amendment after his own amendment to increase defense spending failed to go through. Because debate on the infrastructure bill had already closed, the amendments required unanimous consent to be introduced. On August 10 the United States Senate was forced to vote on the bill without the additional amendment clarifying the definition of cryptocurrency “brokers.” The bill passed 69-to-30.

The infrastructure bill will now move to the House of Representatives where they can further fight to clear up language and definitions before a full vote in the chamber. This isn’t likely to happen until later this year, giving crypto lobbyists time to figuring out new strategies for targeting Congress. Fortunately, the attempted introduction of the compromise amendment highlights that lawmakers are starting to take more interest in understanding crypto at a level deeper than the role it plays in ransomware and money laundering.