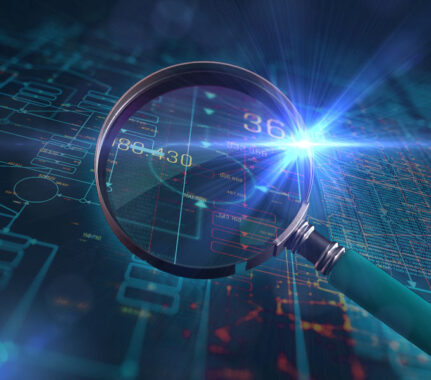 Could Cryptocurrency Analytics Tip the Balance in America’s War on Opioids?

At the core of a growing opioid crisis is the deadliest drug in the US—Fentanyl. According to Canada’s RCMP and the US DEA, the lethal dose for pure Fentanyl is estimated at 2 milligrams (mgs) for a typical adult. To put that in perspective, first responders need to take caution responding to overdoses involving Fentanyl or other drugs laced with Fentanyl as even contact with the skin or inhaling minuscule amounts can cause sickness or death. Nevertheless, some claim the synthetic opioid—which is 50 to 100 times stronger than morphine—has a legitimate role in relieving severe pain resulting from surgery or cancer.

But when used illicitly, such as when heroin or cocaine is laced with fentanyl, it has become the leading cause of overdose deaths in America. In 2017 alone, 49000 Americans lost their lives to fentanyl—that’s more than the number of American’s killed in action during the decade-long Vietnam War.

Lethal drugs delivered not by needles, but by cryptocurrency—and even the US mail

How are all these lethal drugs seeping into America? According to US Immigration and Customs, the headwaters appear to be China. Chinese drug traffickers either send it directly to the States via international mail, or they ship it into Mexico where it is smuggled across the border.

Cryptocurrencies may also facilitate the buying and selling of Fentanyl on both darknet markets and the Clearnet by bringing the drug to a wider audience. Unfortunately for the drug traffickers, crypto also leaves behind a trail that law enforcement can use to track their operations.

US Treasury enters the fray

On August 21, 2019, the US Treasury Department’s Office of Foreign Asset Control (OFAC) sanctioned several Chinese nationals, adding them and their associated Bitcoin

Bitcoin is a digital currency (also called crypto-currency) ... More addresses to the Specially Designated Nationals and Blocked Persons (SDN) list as significant foreign narcotics traffickers. Two, Fujing Zheng and his father Guanghua Zheng, were added for their role in the Zheng Drug Trafficking Organization (DTO). A third, Xiaobing Yan, was added as a Consolidated Priority Organization Target (CPOT)—a designation reserved for those who have “command and control” elements of the most prolific international drug trafficking and money laundering organizations.

According to Kenneth A. Blanco, director of the Treasury’s The Financial Crimes Enforcement Network (FinCEN), the US is working towards “making the financial sector aware of tactics and typologies behind illicit schemes to launder the proceeds of these fatal [fentanyl] sales, including transactions using digital currency and foreign bank accounts. Financial institutions must be on alert to red flags and other indicators of the complex schemes fentanyl traffickers are employing so that financial institutions can report and share relevant information with law enforcement, and ultimately help save lives.”

All three Chinese nationals sanctioned by OFAC were known to use Bitcoin, and OFAC is continuing to further identify BTC addresses associated with these drug traffickers to maximize the disruption of their financial dealings. As it currently stands, OFAC has listed the following addresses in the SDN list:

An analysis of the these BTC addresses reveals which exchanges were used as onramps and offramps as well as which darknet marketplaces facilitated the drug trafficking—the most prominent of which being the original Silk Road and Silk Road 2.

While an analysis of Zheng’s addresses not only revealed an association with several dark marketplaces, such as Hydra and Dream Market, CipherTrace was also able to uncover how the Zheng DTO used Bitcoin to launder their tainted funds. This involves obfuscating and dispensing the funds by peeling them off to layer their trails. Going back several hops on a transaction reveals multiple trails with multiple peel-offs (one of these trails is demonstrated below).

Going back far enough uncovers one of the exchanges used as an onramp to move the Zheng’s DTO funds. Below we can see how multiple Coinbase accounts were used to bring over 1500 BTC into this scheme, eventually culminating into 2500 BTC that is subsequently split into multiple 10 BTC transactions, which are slowly peeled until they either end up in an exchange or aggregated back together.

Darknet marketplaces were used by both of these DTOs to reach an American audience. These marketplaces give criminal actors access to a larger customer base through their global reach. Rather than attempting to find a shady drug dealer on the streets, darknet marketplaces are readily accessible to anyone with the TOR browser and the correct onion URL. Furthermore, many forums dedicated to these marketplaces include reviews, warnings, how-to and security guides to make it as simple as possible for new users. Drugs are then shipped to customers through familiar shipping services such as UPS, or the US Postal Service.

However, fentanyl isn’t just found on the dark web. It can also be found on foreign-based Clearnet websites (i.e., the regular internet). Suppliers in China can create fraudulent online presences as Chinese pharmaceutical companies or chemical research companies and advertise fentanyl or fentanyl analogues (fentanyl that is slightly modified so it is chemically no longer “technically” fentanyl). These sites often look like legitimate e-commerce websites, and the fentanyl can be purchased with Bitcoin as well as traditionally payment methods such as credit and debit cards.

Fentanyl is already an illegal “controlled substance” in China. The Chinese Foreign Ministry said last year that it would add “all fentanyl-like substances” to its controlled substance list—a change that is yet to be realized. For now, once China declares one form of fentanyl a “controlled substance,” chemists can tweak the core formula by as little as a single molecule and create what’s known as a new “analogue” that is not yet illegal. This tactic was often used by Yan as he tried to evade prosecution by modifying the chemical structure of his analogues based on his monitoring of legislation and law enforcement activities in the US and China.

This tactic leaves US law enforcement one step behind the Chinese traffickers. The DEA claims that illicit traffickers are taking advantage of China’s rapidly growing pharmaceutical industry and supplying Mexican cartel’s with Fentanyl. Even if China did set a national policy, it is not guaranteed to be carried out locally, where officials could be more interested in boosting the economy than curbing a drug that the Chinese maintain is not abused in their own country.

What should exchanges do if they suspect involvement in fentanyl trafficking?

According to the US Department of Treasury, when filing a suspicious activity report (SAR)A Suspicious Activity Report (SAR) is a document that financ... More, financial institutions should provide all pertinent available information in the SAR form and narrative and reference this advisory using the following key term: “FENTANYL FIN-2019-A006”.

A cryptocurrency (or crypto currency) is a digital asset des... More analytics and intelligence to detect, report or blockBlocks hold batches of valid transactions that are hashed an... More these cryptocurrency transactions, exchanges can help strangle the flow of funds to drug traffickers and potentially save lives that could otherwise be lost to the opioid crisis.