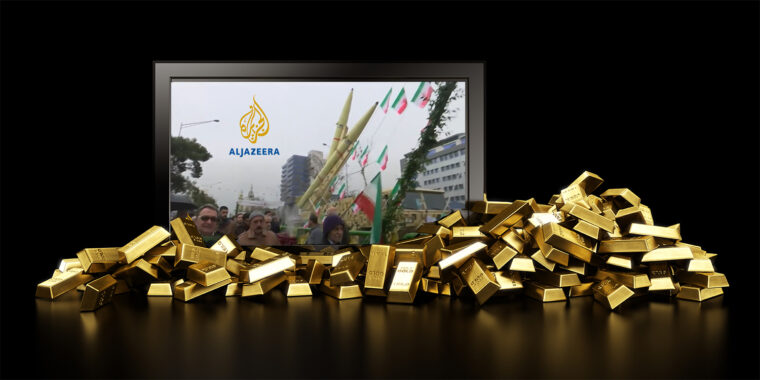 This analysis by CipherTrace looks at Iran’s proposed Crypto-Rial sovereign virtual currency. We conclude that such a currency and the regulations that Iran is proposing, will in fact, result in a flourishing cryptocurrency

A cryptocurrency (or crypto currency) is a digital asset des... More — i.e., one that benefits the regime through increased surveillance, taxation, access to global financial markets, and evasion of sanctions. The reasoning that such a currency can evade traditional sanctions methodologies are described in this analysis, as are recommendations for controls and monitoring.

Background of the Crypto-Rial and Iranian Cryptocurrency Regulations
On January 29, 2019, Iran took brazen steps to use cryptocurrency to evade global monetary sanctions. These sanctions included SWIFT banning some Iranian banks from access to its widely used cross-border payment services in November 2018.

SWIFT is the Society for Worldwide Interbank Financial Telecommunication, www.swift.com, a global interbank funds transfer network used by most of the world’s banks to perform cross-border payments.

The move by SWIFT came after the United States re-imposed oil and financial sanctions against Iran in response to its alleged missile and nuclear programs. The SWIFT action, which was urged by the U.S. Treasury Secretary, was particularly painful for the Tehran regime as it effectively blocks Iran from receiving payments for oil exports.

The launch of a “Crypto-Rial” was long rumored to be the result of a collaboration among Iran, China, Russia, Venezuela, and Turkey. In fact, U.S. Senator Ted Cruz on December 13, 2018, introduced legislation (the Blocking Iranian Illicit Finance Act) that was designed to sanction Iran’s upcoming sovereign cryptocurrency. The bill called for “an assessment of the state and non-state actors that are assisting the Government of Iran in creating a sovereign cryptocurrency.”

By making use of blockchain

A blockchain—the technology underlying bitcoin and other c... More technology and cryptocurrencies to facilitate transactions, Iran would be joining other blockchain-based payment networks, which many believe could make the traditional SWIFT network obsolete.

At the ChainPoint 18 conference on November 14, 2018, Iran signed a trilateral blockchain cooperation agreement with Russia and Armenia. Russian President Vladimir Putin later said that Russia is “actively working” with partners to establish financial systems that are entirely independent of SWIFT, without naming the partner countries.

Central Bank of Iran releases draft cryptocurrency regulations
In parallel with the announcement of the immediate launch of a sovereign cryptocurrency, the Central Bank published on its official website late on January 28th, 2019 a “Version 0.0” of its regulatory framework for cryptocurrencies. Among other impacts, it would reverse a previous ban on cryptocurrencies, but still, impose restrictions on the use of global digital currencies in the Islamic Republic.

Four Iranian banks collaborate on Paymon gold-backed stablecoin
On February 5th, Iranian authorities and Parsian Bank, Bank Pasargad, Bank Melli Iran, and Bank Mellat reported on their effort to tokenize the Rial and the banks’ assets in a token called Paymon, PMN, which will be backed by gold. The group is collaborating with Kuknos on the blockchain technology, and the token will be traded on Iran Fara Bourse, an over-the-counter exchange.

While this cryptocurrency has not yet been issued, the backers have devised a novel mechanism to monitor the weight of the gold on reserve. It seems the proof should be kept in a “safe” and observable place.

However, this interesting proof-of-assets for the gold reserves assumes the viewers have never heard of deep-fake videos or have no apprehension regarding the willingness of a repressive regime to confiscate the gold.

Paymon will find unregulated exchanges happy to transfer into privacy coins
If Paymon is, in fact, the long-rumored state-sponsored cryptocurrency, it will enable the Iranian regime to monitor and tax its citizens effectively. But more dangerously, it will also provide an opportunity to evade sanctions by exchanging the Paymon for privacy coins at unregulated exchanges that choose to support it.

Ironically, however, licensed cryptocurrency exchanges will also be obligated to implement full anti-money laundering and “know your customer” regulations, and will be solely responsible for safeguarding people’s money.

Also, according to the Iranian Central Bank’s proposed new regulatory framework, individuals will be allowed to have bitcoins and transact them internationally, although banks and businesses will likely be prohibited from transacting in global cryptocurrencies to preserve the Crypto-Rial/Paymon monopoly. It further bars Iranians from holding large amounts of global cryptocurrencies in the same way they are officially prohibited from holding more than 10,000 euros.

Regulators step up scrutiny of Iran’s crypto agenda
Not surprisingly, U.S. regulators have been taking a strong stance against Iran’s plans to develop its own sovereign cryptocurrency. As detailed in the CipherTrace Q4 Anti-Money Laundering (AML) Report—which was released only hours apart from Tehran’s announcement—the U.S. Treasury’s Office of Foreign Assets Control (OFAC) has stepped up its focus on cryptocurrency. In an unprecedented move, OFAC not only began adding cryptocurrency players to its sanctions blacklist, but also made associated cryptocurrency addresses public.

The first to make the list were Ali Khorashadizadeh and Mohammad Ghorbaniyan, two Iranians who allegedly helped exchange bitcoin

Bitcoin is a digital currency (also called crypto-currency) ... More ransom payments into Iranian Rial on behalf of local hackers involved in the SamSam ransomware scheme that hit over 200 known victims. The Justice Department estimates that the SamSam hackers collected around $6 million in ransom payments from victims and caused $30 million of damage.