and backed by leading investors

The CipherTrace leadership team has deep expertise in cybersecurity, payment systems, bitcoin mining, and were early participants in the bitcoin community. 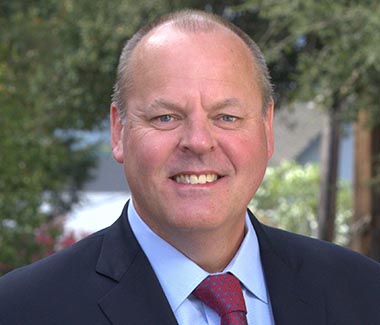 Dave Jevans is CEO of CipherTrace, a Mastercard company. He is a serial entrepreneur in crypto, security, and fintech. As an early cypherpunk, he became involved in cryptocurrencies in 1999, closely tracking DigiCash, e-gold and other early innovators. In 2011, Jevans “went down the rabbit hole,” embracing Bitcoin and tracing criminal activity on the blockchain.

Jevans went on to found IronKey, a hardware encryption company that continues to thrive in financial, consumer and government markets as a division of Kingston. He then brought mobile security company Marble to market, which is now part of security leader Proofpoint.

In 2015, he founded CipherTrace with the vision of building a global company that makes cryptocurrencies safe, secure and compliant. CipherTrace’s customers are the world’s banks, crypto exchanges, Virtual Asset Service Providers (VASPs), government agencies and regulators.  CipherTrace was acquired by Mastercard in 2021, and Dave is Executive Vice President at Mastercard, and CEO of CipherTrace.

Jevans is the inventor of over 20 issued US patents. An industry expert on blockchain security, internet fraud and cybersecurity, he has advised Congress on these topics and is frequently quoted by the media, including Financial Times, Coindesk, American Banker, Bloomberg TV, CoinTelegraph, CIO Magazine, Dark Reading, Information Week, MSNBC, PC Magazine, and The Washington Post. Jevans speaks frequently at events around the world on the blockchain, cryptocurrencies, financial regulations and electronic crime.

He is also the founder and Chairman of the Anti-Phishing Working Group (APWG.org), a security non-profit with over 1,500 corporate and government members that produces the Electronic Crime Symposium, bringing cutting-edge research from emerging Ph.D. students to a global stage. APWG also operates the eCrime Exchange, a real-time data exchange for sharing phishing, malicious IPs and criminal cryptocurrency addresses.

Jevans holds a Master’s of Science degree in Computer Science from the University of Calgary, Canada. 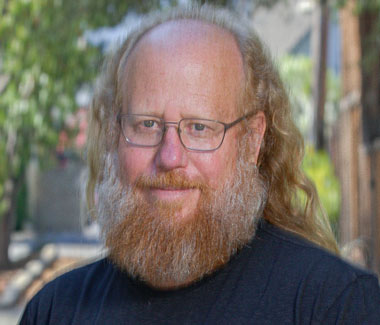 Shannon Holland is a founder and CTO of CipherTrace where he leads research and development of CipherTrace’s advanced cryptocurrency forensics tools. Mr. Holland has 20 years of experience in developing secure and scalable computer technology. He is a distinguished software engineer with a broad range of experience, ranging from low-level software and hardware design to large-scale application servers. Additionally, Mr. Holland was an early bitcoin miner.

Prior to CipherTrace, Mr. Holland was the Lead Threat Intelligence Engineer at Marble Security where he led the R&D of mobile app threat intelligence and analyzed over 2 million IOS and Android apps across various marketplaces. He also led the research and development of the IronKey security devices, including their cryptography, key management, firmware and hardware design. Shannon is the co-inventor of numerous security and cryptography patents, and produced the first certified tamper-proof, FIPS 140-2 Level 3 mobile device.

Early in his career Mr. Holland worked on the OS team at Apple Computer where he significantly optimized many portions of QuickDraw and built the Macintosh Color Picker. During his consulting career he has enjoyed success improving Netscape Communications browser memory management and developing security hardware security implementations for the Health Hero Buddy and Danger Hiptop.

Mr. Holland holds a Bachelor of Science, Computer Science from the University of Melbourne, Australia. 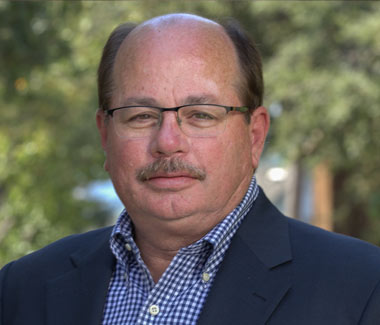 Steve Ryan is a founder and COO of CipherTrace. He has 25 years of experience in the security and payments markets. Mr. Ryan is the inventor of 3-D Secure, the largest consumer payment authentication solution in the world, with over 150 million consumer users

Mr. Ryan is a Fintech/Security executive and serial entrepreneur and has experience with a variety of internet-based security initiatives as well as experience with productizing government-funded initiatives. Additionally, Ryan has been an early stage advisor to some very successful Silicon Valley companies including PayPal and Splunk.

As a seasoned entrepreneur, he helped build and bring to market mobile security company Marble, which is now part of security leader Proofpoint (NASDAQ: PFPT). Prior to Marble, Ryan was an Executive Vice President at Online Resources and was responsible for Digital Banking and Payment Operations, which was sold to ACI Worldwide. Before Online Resources, Ryan was a co-founder of IronKey, which productized DHS S&T research and ultimately sold over 2 million IronKey devices, the world’s most secure flash drive. The company became a part of iMation NASDAQ: IMN. Previously Mr. Ryan was Senior Vice President at Visa USA. Before Visa, he was Senior Vice President at First Data where he was responsible for Product Management and Marketing. Mr. Ryan began his career in the Fintech industry at Bank of America, where he developed and managed the bank’s credit card processing systems. 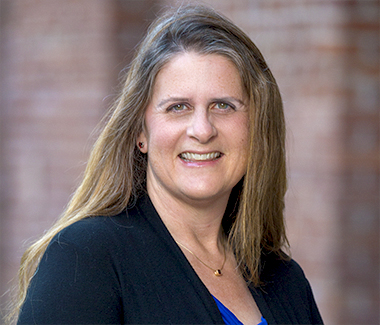 Catherine Woneis is Vice President of Product Management at CipherTrace. Her primary focus is on big data analytics for security, intelligence, and process enhancement, driving the specification and delivery of world-leading blockchain analytics and bank crypto risk mitigation applications and services. Catherine has more than 20 years of experience in product management.

Before joining CipherTrace, Catherine was Vice President of Product at Cryptowerk where she drove the development of a hybrid cloud/blockchain solution enabling enterprises to seal and exchange digital assets at scale. Prior to that, Catherine headed up product at Chute, Saffron Tech, Attensity, and Inxight, focusing on applying big data analytics and AI to real-world intelligence, law enforcement, and enterprise applications.

Catherine holds an MBA from the Haas School of Business at the University of California, Berkeley.

Paul Reyff is Vice President of North American Sales at CipherTrace. He has over twenty years of sales and technology related experience. Paul was also a Lieutenant Commander in the United States Naval Reserve.

Prior to joining CipherTrace, Mr. Reyff was Sr. Director of Product Management at Proofpoint for the company’s Mobile Security solution. In that capacity, he worked closely with customers to understand their security concerns and translate those pain points into a set of functional requirements for the product development teams. Prior to Proofpoint, Mr. Reyff has held Director of Sales and Regional Management positions with enterprise security companies including Marble Security, Caymas and Secure Computing. Paul launched his technology career at Oracle Corp.

Mr. Reyff holds a Bachelor of Science degree in Marine Transportation from the United States Merchant Marine Academy, and a Master’s in Business Administration from Santa Clara University. He was also a USCG licensed Master (Unlimited Tonnage) with Prince William Sound Pilotage. 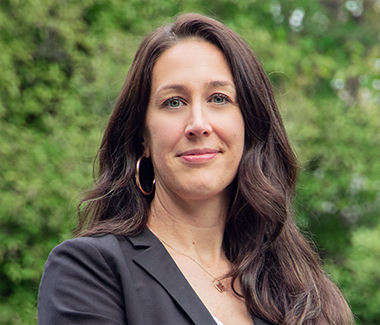 Prior to joining CipherTrace, Pamela was the Assistant Vice President BSA and Information Security for First State Bank. She also has more than ten years in international investigations, due diligence and operations, working primarily in Latin America for the U.S. Government.

Pamela obtained her Bachelor of Arts degree from the University of Texas at Austin and her MBA from the Universidad Autónoma de Madrid. Pamela is a Certified Anti-Money Laundering Specialist (CAMS). 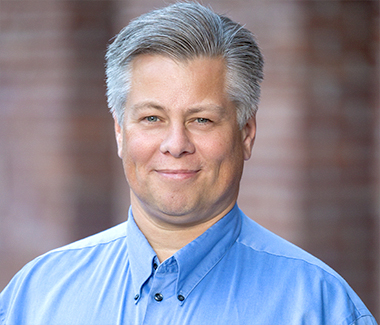 Mr. Steegmans has more than 20 years of experience in software development and engineering management. Before joining CipherTrace, he was Vice President of Engineering at PayStand where he led development of a highly scalable payment processing platform as well as cryptocurrency and blockchain research. Prior to that, Frank held engineering and technology management and Software Architect roles at SugarCRM, Second Nature Reports, Bank of America, Alcatel-Lucent, and a number of other companies.

Frank holds an MS in Applied Computer Science from Universiteit Hasselt and an MS in Electrical Engineering, Electronics from Katholieke Hogeschool Limburg.

CipherTrace founders lose bitcoins in the MtGox meltdown. They focus on building a solution.

CipherTrace is founded to productize blockchain forensics and intelligence.

Traces Locky ransomware to BTC-e, and attributes 95% of global ransomware laundering to BTC-e.

Partners with IdentityMinds for KYC; Maltego for researchers; and Modulus for Exchanges.

We Are Hiring Top Talent 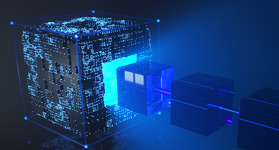 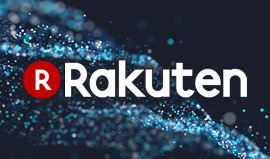 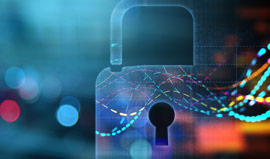 BlockTV: How To Solve The Spate Of Cryptocurrency Thefts

Watch Now
Back To Top